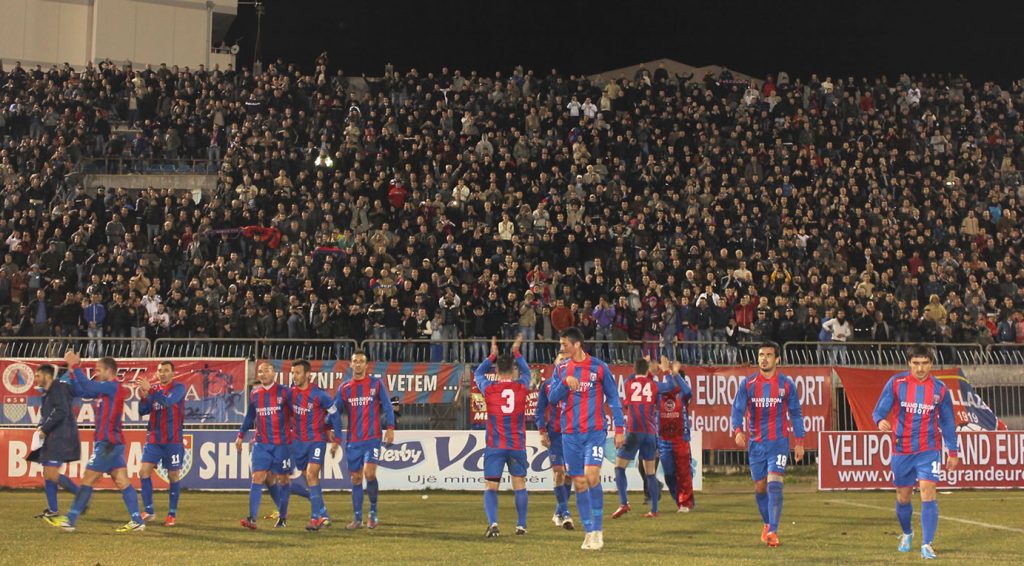 Klubi Sportiv Vllaznia Shkodër (KS Vllaznia) is an Albanian football club based in Shkodër. It was founded in 1919. In 1929 the club was named “Bashkimi Shkodran”.

In 1958 it was renamed “KS Vllaznia “. The debut in the league was in 1930. KS Vllaznia has been Albanian champions 9 times and won the National Cup 5 times. In the European Cup for Champions 1978/79 they beat Austrian team Austria Wien (who went on to the semifinals) 2-0 at home but lost 3-4 on aggregate.

In the Cup Winners Cup of 1987/88 they reached the second round after beating Sliema Wanderes from Malta in both games (aggregate 6-0). And in the 2001/2002 UEFA Champions league qualifying they beat KR Reykvavik from Iceland before they were eliminated by the Turkish club Galatasaray from Istanbul.

Vllaznia are sponsored by online casino website Kazino Online and play at the Loro-Boriçi Stadium. German Uli Schulze, a UEFA Cup Winners’ Cup winner with 1. FC Magdeburg in 1974, was appointed as new coach in summer 2006.

He was later replaced by Mirel Josa who is momentarily appealing a 6 month ban for leading his side off the field in protest at a controversial goal in the final game of last season. They play at the Loro-Boriçi Stadium.